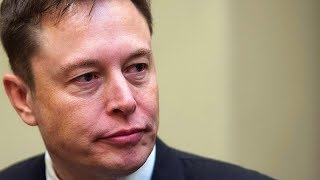 When something is important enough, you do it even if the odds are not in your favour. Elon Musk

KEEP STANDING :The Wisdom of a Third Grade Dropout Will Change Your Life

“To be strong does not mean to sprout muscles and flex. It means meeting one's own numinosity without fleeing, actively living with the wild nature in one's own way. It means to be able to learn, to be able to stand what we know. It means to stand and live.” - Clarissa Pinkola Estés Hopefully this video will help at least one person out there who is going through a struggle. Rick Rigsby explains how the words of his father helped him through the darkest times of his life. His

Steve Jobs was an American entrepreneur, businessman, inventor, and industrial designer. Jobs was the chairman, and the CEO, and a co-founder of Apple Inc.; CEO and majority shareholder of Pixar; a member of The Walt Disney Company's board of directors following its acquisition of Pixar; and founder, chairman, and CEO of NeXT. Jobs and Apple co-founder Steve Wozniak are widely recognised as pioneers of the microcomputer revolution of the 1970s and 1980s. Jobs was put up for a

1. I realized a long time ago that instead of being jealous you can be inspired and appreciative. It carries more energy to you. 2. The key to happiness doesn't lay in numbers in a bank account but in the way we make others feel. 3. Be the hero of your own story. 4. Excellence in anything increases your potential in everything. 5. So instead of investing your time in a passion, you’ve sold your life to work for an uncaring machine that doesn’t understand you. That’s the probl 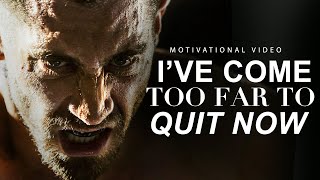 HOW BAD DO YOU REALLY WANT IT? [SUCCESS]

A motivational speaker or inspirational speaker is a speaker who makes speeches intended to motivate or inspire an audience.I have learned a lot from these speakers and listen to many of them daily to enforce my understanding and to learn new things. It was impossible to put this list in order as they are all so great, hopefully you can also learn from them. The videos included are my personally best representation of what kind of speaker they are. 1. David Goggins David Gogg

27 Rules and Mantras used by some of the most successful people on the planet. From musicians to billionaires, it is clear that all of these people are successful and this list may give you a little insight into their mindset. *If you want to hear more information and reasoning behind these rules, then i'd recommend watching this video. 1. Just do it - Jack Ma 2. Embrace the grind - Dwayne Johnson 3. Earn your respect - Charlie Munger 4. Think outside the box - Bob Proctor 5.

What it takes to be the Worlds Strongest man. Powerful Motivation.

this coaches speech will change your life! - TAP INTO YOUR GIFT | Corey Fuller Inspiration

Why I Go Into The Cold | Wim Hof

GET UP & GET IT DONE! - Best Motivational Video | Morning Motivation

How To Get What You Want And Find Purpose | Ollie Ollerton